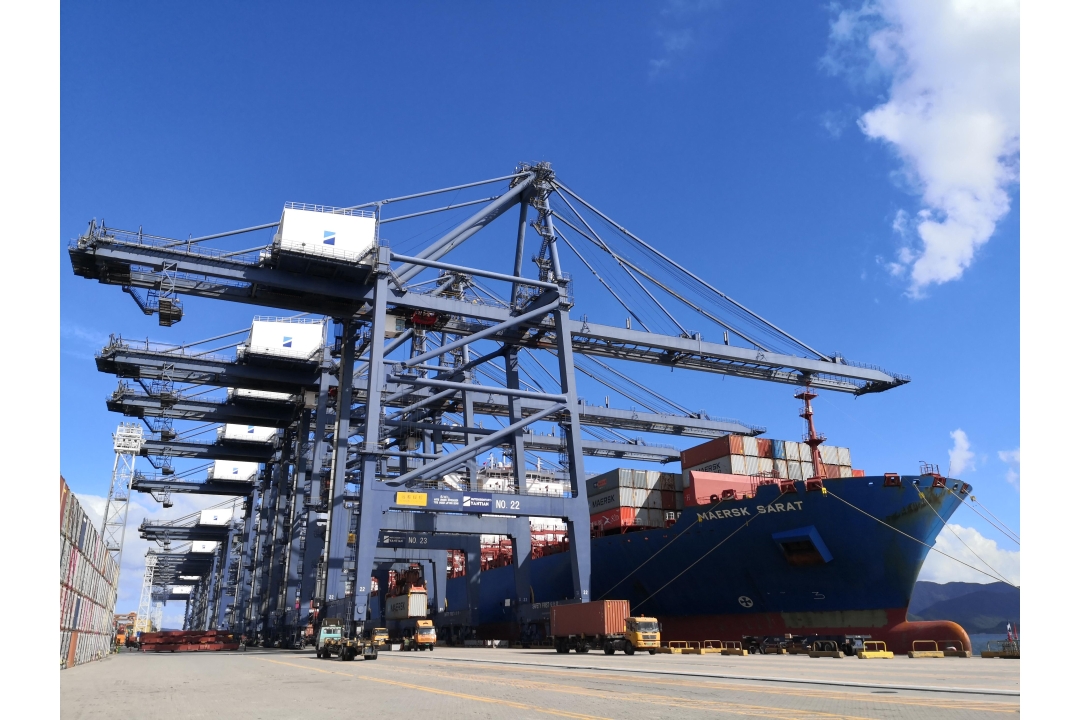 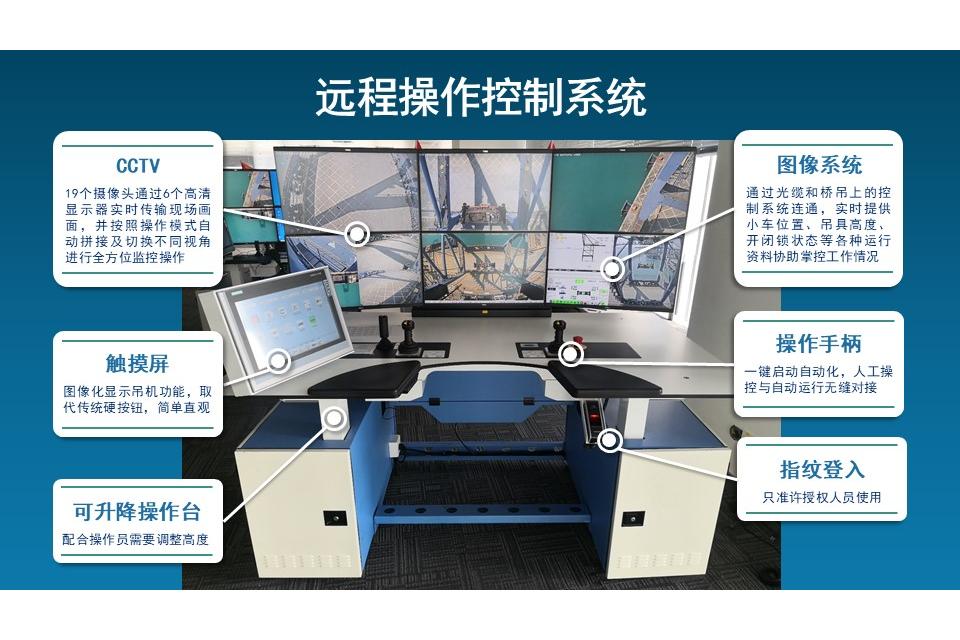 Every crane is configured with 19 surveillance cameras transmitting the on-site operation to the operator in the control room.

Under the semi-automatic mode, the quay cranes can automatically find the optimal path from the container vessel to the quay or from the quay to the container vesel. Their anti-shaking, anti-torsion, and anti-collision functions have improved the safety and efficiency of the operation.

During the operation, the system synchronously records each action of the operator when lifting the container, provide accurate operation cycle analysis, and present the analysis results to the operator visually through the image system to help achieve better operation.

Upgrading Process of the Quay Cranes

In 2019, YANTIAN completed the reconfiguration of its four existing quay cranes into remote-controlled and semi-automated ones based on the joint exploration and development of operation, technology, and IT. The first two cranes were reconfigured in 50 days and 43 days respectively. With the reconfiguration experience and the rearrangements of the working process, the last two were completed in just 26 days each.

--The project was completed ahead of schedule

On 6 January, YANTIAN held a launch ceremony for its remote-controlled and semi-automated quay cranes, which were put into trial operation at specified time periods.

In the trial operation, YANTIAN conducted system debugging and operator training and optimised the imaging effect of the surveillance cameras and the feature set of the console.

After trial operation, the stability of the functions of the system has been improved considerably. The cranes can now handle about 40 containers an hour.

YANTIAN has changed the positions of the four surveillance cameras and adjust their automatic zooming functions, which enable them to better monitor the on-site operation. The positions of buttons, feature set, and split screen of the touch screen on the console have also been adjusted and optimised according to the operators’ feedback.

After being successfully upgraded, the four quay cranes have been put into 24/7 operation.

YANTIAN has always been committed to establishing itself as a “Smart, Green and World-class Port”. Its innovative application of high technology has improved the intelligent operation of the port, delivering premium port services to the customers.