Sea transport is the main international logistics channel in Shenzhen, while pilotage is an important link of it. Under the pandemic, the first Chinese boarding international vessels is the pilot, and the last one to send them away is also the pilot. They are also known as "the first line of defense on the water".

Hutchison Ports YANTIAN is the container hub of the Greater Bay Area and one of the busiest container terminals in the world. There are many mega vessels calling at the port every day, making pilotage more challenging. Since the outbreak of the pandemic, the pilots of Shenzhen Port Pilotage Station have never ceased working. Although the tightly wrapped personal protective equipment makes the climbing and boarding more dangerous, and the goggles often blurred by fog make it more difficult to look far and judge the vessels' situation at sea, they have been sticking to their positions at the frontline, safeguarding the operation of the port and people's livelihood. They have been making great contributions to Shenzhen's export, which ranks first place in China for 29 years in a roll, and to the security and stability of the supply chain in South China and even in the world. 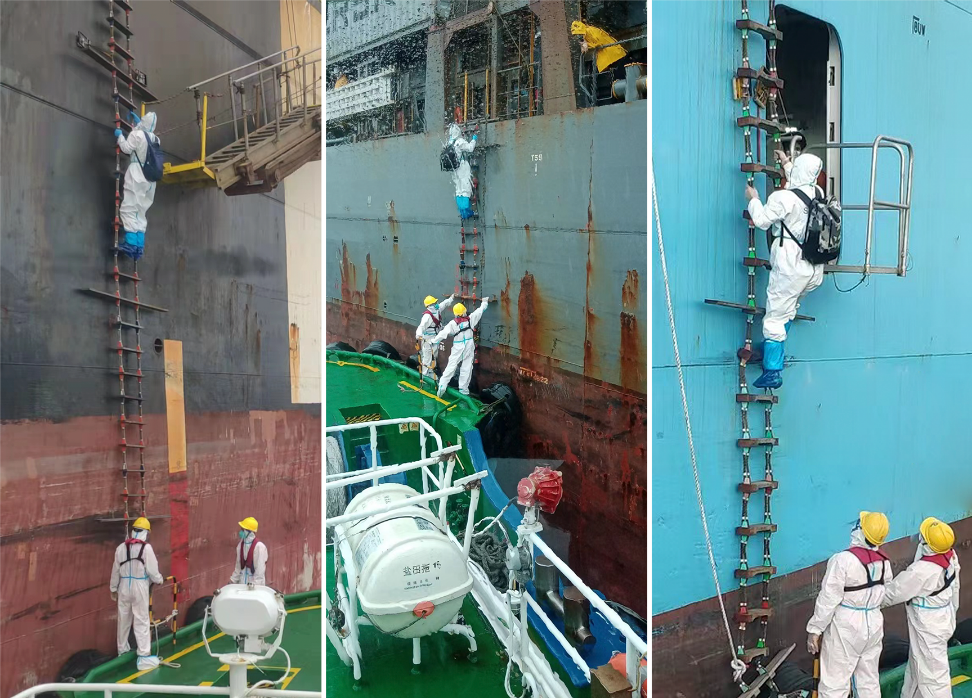 Fight in the Frontline

At 10:00 p.m., a pilot of the Shenzhen Port Pilotage Station dressed in protective equipment, including protective clothing, hat, N95 mask, inner gloves, goggles, shoe covers, and outer gloves, and hurried to the dock in the night with his pilotage bag.

As long as there is a pilotage task, the pilot needs to work around the clock, regardless of time and weather. That night, this pilot continued to work from 10 o'clock late at night until noon the next day, completing the pilotage task for three vessels in a row. When he finished his work, his protective clothing was completely soaked with sweat.

"We have the same protection as the medical practitioners, wrapped up tightly. But we don't work on flat ground or indoors. We work on the tip of waves and giant ships, with hot sun, wind and rain." This pilot said. Pilot is the world's third most risky occupation; each pilot must go through very rigorous selection and training. They need to climb more than ten meters high with feet and hands wet and slippery on a soft ladder, facing the risk of falling into the sea at any time. Sometimes their goggles may fog up, resulting in poor vision. Sometimes their masks are drenched, leading to breathing difficulties, but they cannot take them off due to pandemic prevention and control. Pilots are also "civil diplomats". When they meet foreign crew members who are not clear about or are resistant of the pandemic prevention rules, they need to explain the rules to them and communicate with them patiently. 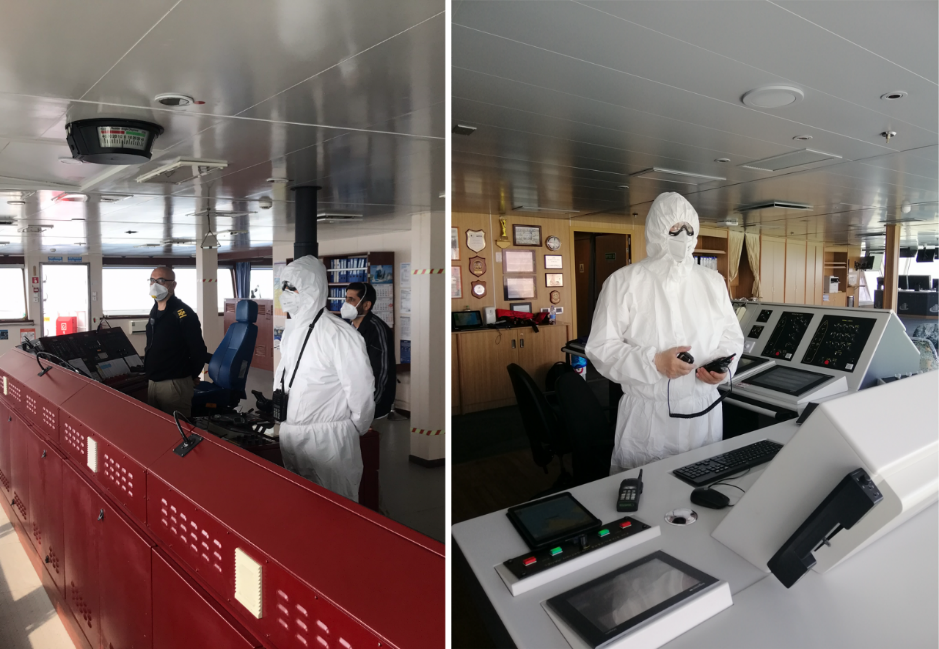 YANTIAN is the key gateway for China’s import and export trade, serving over one-fourth of the container volume generated by the Sino-US trade, and is the preferred port of call for mega-vessels in South China, making pilotage ten times more difficult. The world's largest container vessel, with carrying capacity of 24,000 TEU, is 400 meters long. If you stand it up, it will be taller than the Diwang Building. With heavy winds at sea, especially in bad weather, you can imagine the difficulty of handling those mega vessels stacked with containers.

Once, a pilot was piloting a 24,000-TEU vessel to berth at Yantian Port when he was caught in a gale. When the vessel arrived at the mouth of Dapeng Bay, the waves were up to two to three meters high and the tugboat was bouncing up and down. His life was really hanging by a thread as he boarded the vessel against the gale. With years of pilotage experience, and in light of the sea conditions, the pilot decisively led the crew to stabilise the ship, and withstood the wind and waves for nearly two hours before returning safely to the terminal, which was highly praised by the port and the shipping company.

This pilot is just one of the heroes in harm's way in the Pilotage Station of Shenzhen Port. They work in the frontline against winds and waves with stringent measures for COVID-19 response, and are well-deserved the title of "special forces at sea".

Against the pandemic, pilots in Shenzhen Port Pilotage Station are under closed-loop management and work in strict accordance with COVID-19 preventative requirements. They follow a shift work mechanism, i.e. 3 weeks of closed-loop pilotage operations, 1-2 weeks of centralised quarantine, 1 week of health monitoring at home, and 1 week of rest and emergency standby. From June 3, 2021 to March 29, 2022, 300 days in total, the vast majority of pilots were under closed-loop management and quarantine for more than 200 days, with only a handful of days to reunite with their families. In addition to the risk of being infected and not being able to take care of their families, the heavy workload, the psychological stress caused by the prolonged quarantine, and the pain of not being able to seek medical treatment in time due to pandemic prevention regulations are all huge challenges that they must face and overcome.

Facing the severe pandemic, the Shenzhen Port Pilotage Station, under the leadership of the Party Committee of Shenzhen Municipal Bureau of Transportation, has united as one and overcome various difficulties. They sacrifice time with their families, bravely withstanding the test of the pandemic. Since the outbreak of the pandemic in 2020, they have piloted a total of more than 50,000 vessels, greatly supporting the safe and smooth gateway for international trade and playing a fundamental role in fostering a "dual circulation" development pattern in which domestic economic cycle plays a leading role while international economic cycle remains its extension and supplement.

Gathering our strength and courage to move forward.
Building a solid defense line at port to guarantee the stability of the supply chain.
Victory will eventually belong to everyone who is brave enough to fight the pandemic!